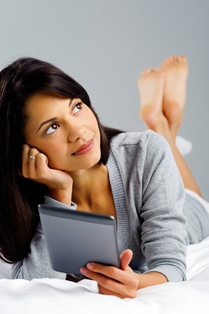 Read the text below and choose the correct word for each space.

We adopted four kids with Down’s

When Pam and Gerald Patterson decided to adopt, they insisted on one thing – they would only take children with Down’s syndrome. The ……………(1) already had two biological children but after working in a care home together as teenagers, they knew how many kids with special needs are abandoned. So the remarkable pair have dedicated the ……………(2) 27 years to caring for four of those children. Pam, 54, says: “We knew we could give a child with Down’s syndrome all the love and ……………(3) they need, so it made perfect sense.”

The childhood sweethearts live with their adopted children James, 27, Alice, 22, Molly, 19, and five-year-old Ryan, in Leicestershire. And while they face their fair share of problems, the family could not be happier. But Pam insists: “The children have all given us far ……………(4) than we have given them.”

The couple’s biological children, Emma, 32, and 29-year-old Chris, are also brimming with pride. Emma says: “It’s amazing what my parents have done. They really understand their disabilities and put so much time and love into ……………(5) them up. I’m in awe of them.”

Pam met civil servant Gerald, 57, when she was 12 and they married when she was 19. Emma was born four years later, followed by Chris. Pam ……………(6): “They brought us so much joy and convinced us we wanted to extend our family.” Pam and Gerald had both been volunteers at their local Gateway Club, a youth group for children with special needs. So when Pam brought up the idea ……………(7) adopting a child with Down’s, Gerald gave his full support.

They contacted social services and soon ……………(8) James in an adoption magazine. Pam says: “I’ll never forget seeing his picture. He was three months old. ……………(9) was love at first sight.”Four years later, Alice joined their family. Two years after that, biological kids Emma ……………(10) Chris saw Molly, then two, featured in an adoption magazine. Pam says: “They knew we’d be the perfect place for her.” The Pattersons adopted Molly six months later.

Little Ryan was a late addition to their household and Pam admits Gerald initially worried that as parents they were too old. Pam says: “It was 16 years after we adopted Molly. A friend told me about a little boy with Down’s syndrome in an adoption magazine. At first Gerald wasn’t keen. He thought we should be preparing for retirement, but eventually he agreed.” A week later, in June 2010, the adoption agency visited the family, who were instantly smitten with Ryan, then three. “They saw we could provide Ryan with the love and support he’d need. He’s the icing on the cake.”

Supermarket giant Tesco was yesterday slammed for selling a black doll £1 cheaper than a white one. Shocked mum Holly Beckett, 22, went to her local branch to buy a toy for a pal’s hospitalised daughter. When she saw two Emmi Baby Dolls for sale side by side she was amazed to see the white version was more EXPENSIVE than the black.

Holly – and other customers she spoke to – reckoned the reason for the price variation was because the dolls have a “different ethnicity”. The white My Lovely Baby was priced at £5.96 – but the black My Beautiful Baby was only £4.97. Despite having different names the dolls are the same apart from different coloured skin and outfits – one pink, one purple – and they make different sounds. Pictures on the side of their boxes display a black girl playing with the black doll and a white girl playing with the white one.

Angry Holly reported the price difference to staff but said she was told it was a simple “pricing error”. But when she returned to the store a week later she was astonished to discover there was still a price difference. Holly – a former Tesco employee who shops at the giant store in Dudley, West Mids – said: “I think it’s disgusting I have to pay one pound more because it’s a white baby.

“At first I reported the price difference because I was worried about what people would think about Tesco. As an ex-employee I didn’t want them to get involved in some kind of race row.” Holly said when she complained to store staff they tried to offer her the white doll at the same price as the black one. She added: “It’s not about the money, but the fact is the white doll is a quid more dear than the black one and that can sow all kinds of ideas in people’s heads.”

Last night a Tesco spokesman said it was because the black dolls went on sale after the white ones  – but at the “introductory” price the white ones had originally been sold for.

1. What did shopper Holly find outrageous at Tesco’s? The same brand baby doll with white skin cost £ 1 more than the black one.
2. What are the similarities and differences between the two dolls? The dolls are the same except for their skin colour, the colour of their clothes and the noise they make.
3. What did she and other shoppers believe to be the reason for the price difference? They thought it was due to the doll’s different ethnicity/skin colour.
4. What was she concerned about the first time she reported this? As a former Tesco employee, she didn’t want Tesco to be accused of racism.
5. What were the two explanations she was given by Tesco? First she was told it was a pricing error, then they said the black dolls were sold at an introductory price.