It’s the 20th anniversary of J.K Rowling’s Harry Potter and The Philosopher’s Stone.

Can you believe that it’s already been 20 years since we saw Harry meet best friends Ron and Hermione, take on a troll in the girls’ toilets and face Voldemort for the very first time?

To honour the beginning of Harry’s magical journey, lots of events will be popping up all around the UK for those looking to be spellbound.

We’ve already seen one almighty stunt in celebration of HP, when nearly 700 children broke the Guinness World Record for the largest gathering of people dressed like Harry Potter in one place!

Not only that, but Rowling’s publisher Bloomsbury will be releasing four new editions of the book, one for each house at Hogwarts School Of Witchcraft & Wizardry.

The book covers feature the crest for each house and inside you can find fact files, character profiles and illustrations.

An exhibition is set to open later this year at the British Library on October 20 to celebrate everything fantastical in Harry’s world, too.

The one and only J.K Rowling herself also decided to add to the celebrations by divulging more information about Potter’s family tree, much to fans’ delight.

Harry Potter And The Philosopher’s Stone was first published on June 26 1997 and since then it has sold more than 450 million copies worldwide in an impressive 79 languages.

This of course led to the magical movie franchise of which propelled Daniel Radcliffe, Emma Watson and Rupert Grint into the spotlight, as well as a highly acclaimed sold-out theatre production and several theme parks dotted around the globe.

And let’s not forget about all of that memorabilia too. Phew!

With that in mind, it’s easy to see why the Philosopher’s Stone has earned its own spot as a holiday on the calendar.

Facebook  also celebrates  the 20th anniversary of Harry Potter and the Philosopher’s Stone by animating posts about the landmark book using interactive spells.

In a nod to J.K Rowling’s 1997 book about the world-famous wizard, the social media site is animating posts about the landmark book using ‘hidden spells’.

If users post or comment about any of the four houses – Gryffindor, Slytherin, Ravenclaw, and Hufflepuff – the words appear in that house’s colour and animated swirls pop out.

When users click on the names of Gryffindor, Slytherin, Ravenclaw, and Hufflepuff- or type in Harry Potter – an animated wand appears.

Once the post is live, other users can click or tap the words and see the animation again.

The animation works on both the website and the app.

The names of other characters such as Dumbledore, Hermione Granger and Ron Weasley do not have animations and appear as normal.

‘Harry Potter fans! We have a delightful surprise for you today in honour of the 20th Anniversary!’, the Books on Facebook page posted.

The book, which was first published in 1997, has been translated into more than 79 languages and sold more than 450 million copies.

When it was first published 20 years ago the initial hardback print run of Harry Potter And The Philosopher’s Stone was just five hundred.

Sirius Black is named after the brightest star in the Earth’s night sky, also known as the Dog Star.

This is very apt since when Sirius used his skills as an animagus he turned into a big black dog. 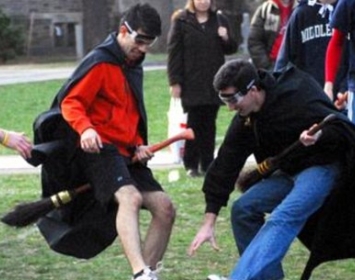 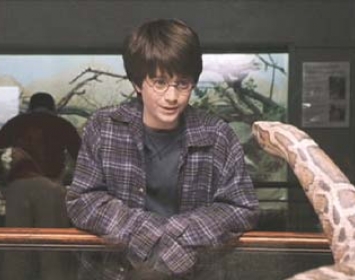 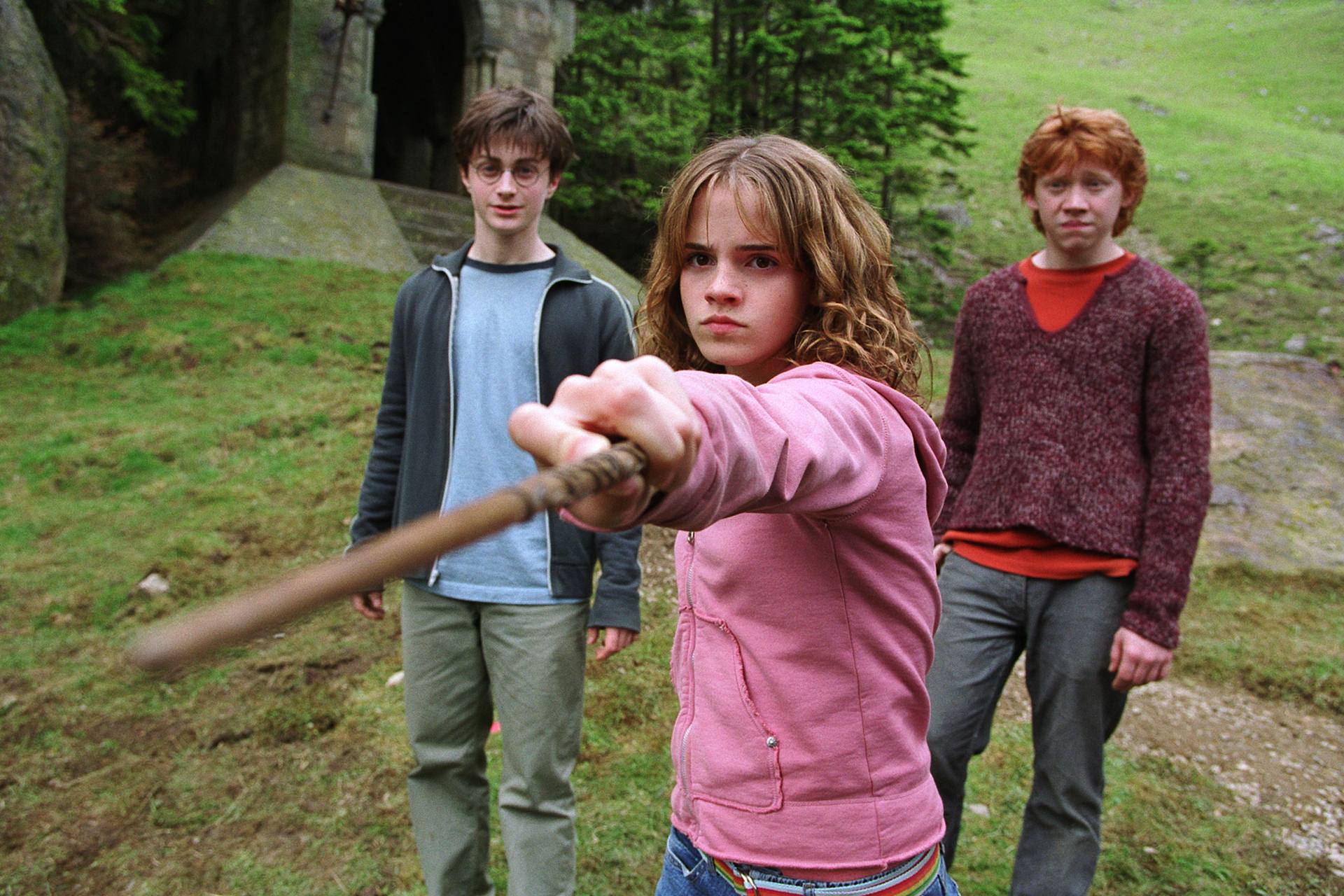 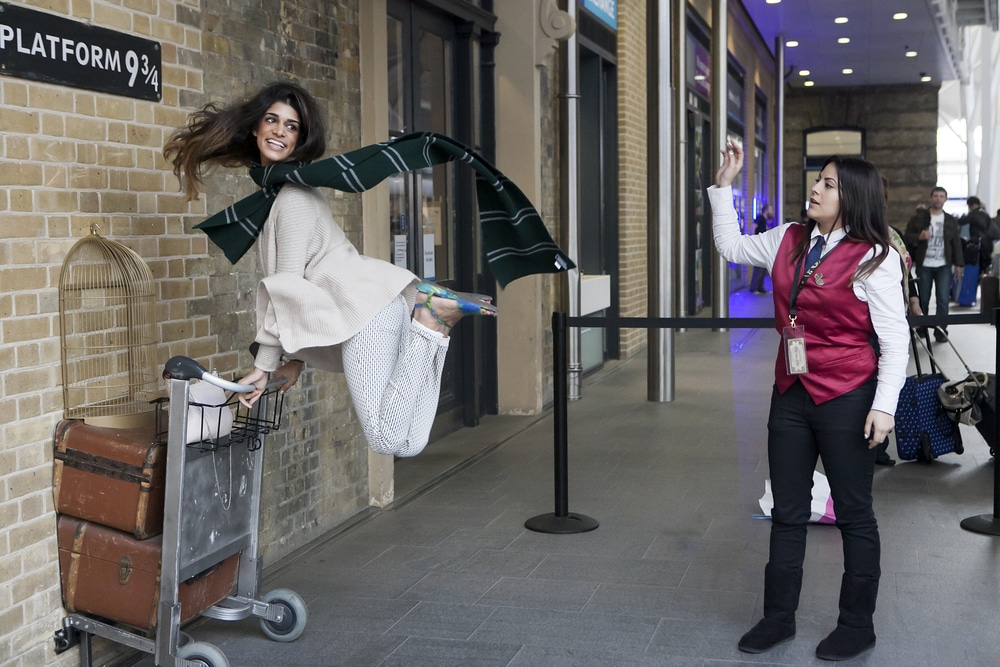 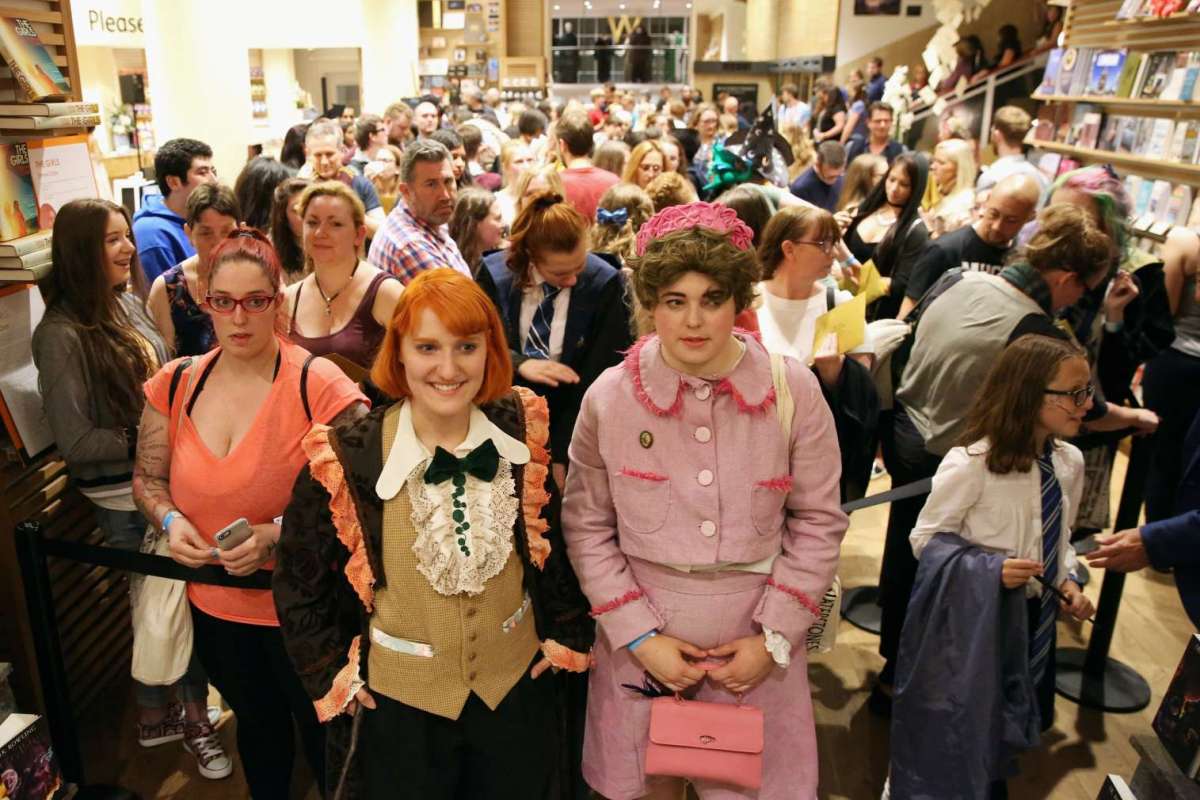 New Harry Potter Book and Play – The Craze Goes On