Make yourself a brew and break open the biscuits! Join WatchMojo.com as we count down our picks for the Top 10 British Slang Terms!

For this list, we’ve looked at the greatest slang words and expressions that Great Britain has to offer! We’re not so interested in the ‘Queen’s English’ today; more the weird, wonderful and witty colloquialisms that litter everyday speech on the British Isles – even those that are a wee bit naughty! We’re excluding any terms or phrases that are also synonymous with other countries, such as the English/Australian term for a friend: ‘mate’!

Ever get the feeling that something’s not quite right? That something’s a little too good to be true? That something feels ‘dodgy’! When you’ve bought a winning lottery ticket, but you got it off a guy on the street… That ticket’s probably dodgy! Fake IDs are definitely dodgy! And if you dress like a gangster and you spend your free time in the parking lot … You look just a little bit dodgy! It’s not quite ‘wrong’, but it’s halfway there!

Probably made most famous in the “Austin Powers” movies, to ‘shag’ is to ‘have sexual relations with’ – and not usually in an overly committal way! There’s absolutely nothing wrong with it, it’s just that ‘shagging’ is less for the ‘one and only’ in your life, and more for a ‘one-night stand’! It’s usually a quick arrangement, often had between two people who’ve only recently met! Shag is such great slang though, because it’s really unassuming and largely inoffensive. It’s a fun word for fun times!

If ‘shag’ is home base, then ‘snog’ is first! And it carries slightly more emotionally attached connotations as well! Snogging is essentially French kissing. It’s a step above a polite peck on the cheek, but things aren’t yet especially steamy! You snog someone at the back row of the cinema, or on their parents’ front porch (provided no one catches you!)… Or on KissCam. That place is snog central! Just don’t get too into it, for too long, if you’re in public, and it’s with the wrong person!

In the English language there are so, so many ways of saying that you’re ‘drunk’… But the British tend to favor this phrase, or variations thereof… When you’re ‘going on the piss’, you’re aiming to get drunk… When you are ‘pissed’, you’re more than tipsy but you’re not yet completely sloshed… At the point of being ‘pissed’ though, you’ve probably had just about enough… One more drink and God knows what you’ll do next, or how many embarrassing Facebook photos there’ll be in the morning!

A noun and an adjective, the U.S. noun translation is ‘trash’ – as in ‘taking out the trash’ or ‘throwing it in the trash’. However, ‘rubbish’ is also a common descriptive word, used for anything that’s undesirable. And we mean anything at all! Just got a bad haircut? Your hair’s rubbish! Failed a quiz? That grade was rubbish! Having a bad day? No, you’re having a rubbish one! Gone-off milk is rubbish, bad smells are rubbish, movies without agreeable endings, are rubbish! This countdown isn’t rubbish, though! This countdown’s bloody brilliant!

Not to be confused with ‘taking a piss’, or being ‘pissed’, our next slice of slang is all to do with mockery. If you’re ‘taking the piss’ then you’re mocking and/or ridiculing somebody else; If you’re have the piss taken out of you then you’re being mocked yourself! Got that?! It only gets really tricky if you’re ever mocking somebody whilst they’re drunkenly urinating… Because then you’d be ‘taking the piss’ of them ‘taking a piss’, pissed, and that’s both weird and really confusing!

Another word with multi-meanings, first and foremost the ‘bollocks’ are a crude name for certain parts of the male anatomy… You can be kicked in them, for instance, and it’ll hurt! Secondly, it’s an exclamation for whenever anything goes wrong… As in, ‘Oh bollocks! I forgot to do the laundry!’, or ‘Oh bollocks! I thought it was Saturday!’ Thirdly, and most famously, it’s a term for anything that’s stupid or a serious waste of time, a la Sex Pistols and their notorious 1977 album, “Never Mind the Bollocks”!

The two-edged sword of British slang is never more notable than with this word! Most of the time, ‘brilliant’ has positive connotations. It’s used when something is especially good, similar to words like ‘super’, ‘superb’, ‘excellent’ or ‘ace’… WatchMojo is ‘brilliant’, if you will! …However, sometimes it’s used sarcastically, in a situation that’s the exact opposite to ‘good’… Popular British sitcom, “The Inbetweeners” championed this alternative use, alongside tradition, as a way of expressing the characters’, at times, extreme exasperation!

With so much slang to sift through, we’d forgive you for being a little bit tired… But our runner-up is at another level of lethargy! If you, or anything else, is ‘knackered’ then you’re totally unable to function! You’re entirely exhausted! In the 16th century, the phrase was coined to describe a ‘worn out horse’, and that’s exactly how you feel! Sometimes, some things can even be described as ‘knackering’… Running a marathon, for example, is really knackering! We’re knackered just thinking about it!

Before we unveil our top pick, here are a few honorable mentions:

A mild-to-moderate swear word synonymous with the Brits, ‘wanker’ wins today’s list, but you’d rather not be called one all the same! Literally speaking, a ‘wanker’ should translate as ‘one who wanks’ (or masturbates) … However, when you call someone a wanker, you’re very rarely alluding to their solo-sex habits! It’s more just a general, perennial insult! ‘Wanker’ is heard especially at the soccer pitch (which, of course, is called football in the UK!), where the poor referee will almost always be one!

Do you agree with our list? What slang did we skip? For more cracking, smashing, pukka and proper fit top 10s published daily, be sure to subscribe to WatchMojo.com. 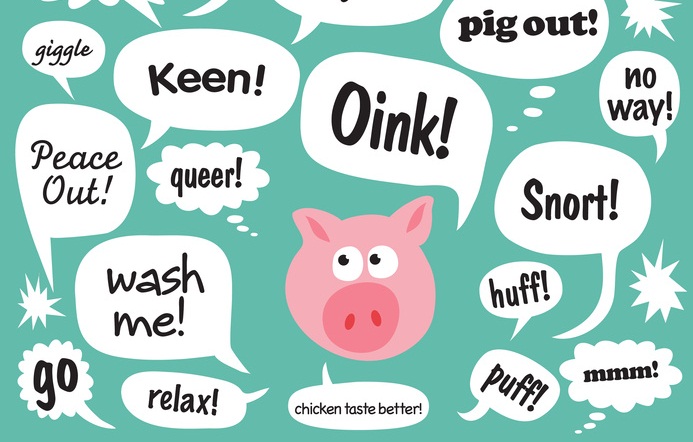 How about some slang? Fun vocabulary building. 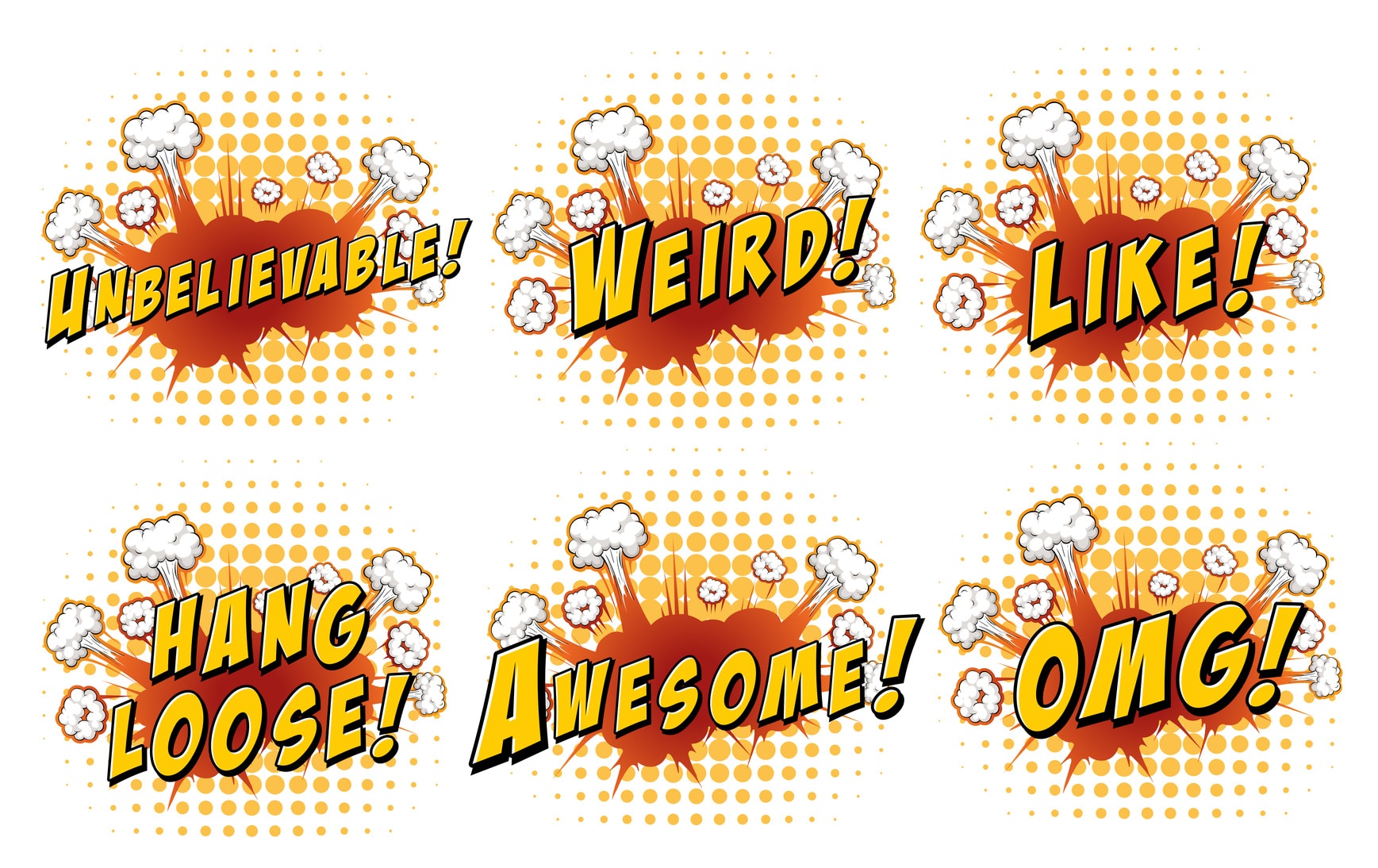 The A – Z of British Slang